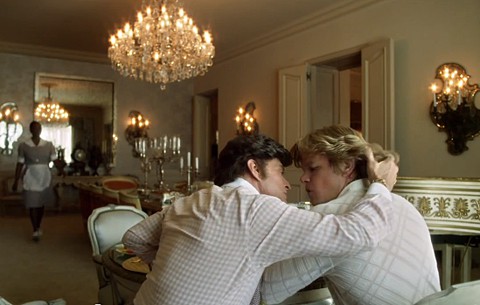 Yet Candelabra, as I noted earlier today, was "too gay" for the big screen, according to director Steven Soderbergh:

"Nobody would make it. We went to everybody in town," the "Traffic" and "Ocean's 11" director told TheWrap on Friday, at the Television Critics Association winter press tour. "We needed $5 million. Nobody would do it."

Wait a minute, we said. Let us get this straight: No studio would budget $5 million for a movie with Damon and Douglas?

"They said it was too gay. Everybody. This was after 'Brokeback Mountain,' by the way. Which is not as funny as this movie. I was stunned. It made no sense to any of us."