In a new interview with ESPN, Brittney Griner has revealed that Baylor University head coach Kim Mulkey asked her to conceal the fact that she was gay and claimed that not doing so might jeopardize recruitment for the team. 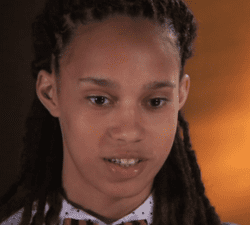 In a series of interviews — including one on camera Friday — for an ESPN The Magazine and espnW.com story set to hit newsstands later this month, Griner said her silence during college was because Mulkey and her staff were concerned about the program's image.

"It was more of a unwritten law [to not discuss your sexuality] … it was just kind of, like, one of those things, you know, just don't do it," Griner said Friday. "They kind of tried to make it, like, 'Why put your business out on the street like that?'"

But Griner reiterated on Friday that her sexuality was an open secret at Baylor.

"I told Coach [Mulkey] when she was recruiting me. I was like, 'I'm gay. I hope that's not a problem,' and she told me that it wasn't," Griner said. "I mean, my teammates knew, obviously they all knew. Everybody knew about it."

Watch the ESPN interview with Griner, in which she addresses the above, AFTER THE JUMP.

Previous Post: « Girl Arrested and Expelled From High School Over Gay Relationship
Next Post: Gay Man’s Killer Charged With Murder as a Hate Crime, Laughed as He Confessed »