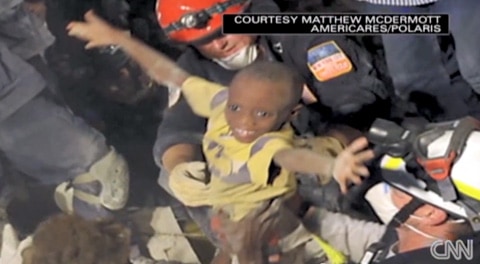 CNN, Buzzfeed, and YouTube announced a collaboration today that will adapt CNN's video news content in the montage/listicle format you've come to associate with Buzzfeed, the WSJ reports:

Mr. Steinberg said BuzzFeed plans to invest a low "eight-digit sum" over two years to launch and build the platform.

The announcement marks BuzzFeed's latest effort to establish itself as a news source among 18-34 year olds, a demographic that advertisers are eager to reach through the Web. Earlier this month, BuzzFeed launched a business news site aimed at expanding its social-media reach to sites like LinkedIn.

Watch their first video, AFTER THE JUMP…

Previous Post: « The Making of ‘Behind the Candelabra’: VIDEO
Next Post: Italian Lawmakers Call for Marriage Equality, Anti-Homophobia Laws »