The Daily Beast today fired Howard Kurtz after he published an irresponsible and false column about Jason Collins, Politico reports: 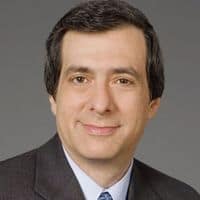 “The Daily Beast and Howard Kurtz have parted company,” Tina Brown, the site’s editor in chief, said in a statement sent to POLITICO.

The decision comes after Kurtz published a blog post that falsely asserted that Collins, who announced he was gay in an article for Sports Illustrated, had neglected to mention his previous engagement to a woman. In fact, Collins mentioned that engagement in the article and in a subsequent interview with ABC News. The Daily Beast retracted that post on Thursday morning.

Tweeted Kurtz: “I’ve enjoyed my time at the Daily Beast but as we began to move in different directions, both sides agreed it was best to part company. This was in the works for some time, but want to wish all my colleagues continued success with a terrific website. Newsweek and the Beast are great brands, but the time had come for me to move on to other opportunities.”

The Daily Beast wrote that it regretted Kurtz’s error:

The Daily Beast has retracted a May 2, 2013, blog post by Howard Kurtz titled “Jason Collins’ Other Secret.” The piece contained several errors, resulting in a misleading characterization of NBA player Collins and the story he co-wrote in Sports Illustrated in which he came out as gay.

In that piece, Collins wrote, “When I was younger I dated women. I even got engaged. I thought I had to live a certain way. I thought I needed to marry a woman and raise kids with her. I kept telling myself the sky was red, but I always knew it was blue.”

Watch a video Kurtz made before his firing reiterating the claims he made in his article, AFTER THE JUMP…