Rev. Gary Meier, a Missouri priest, has come out of the closet in the reprinting of a book he originally published anonymously, the St. Louis Post-Dispatch reports: 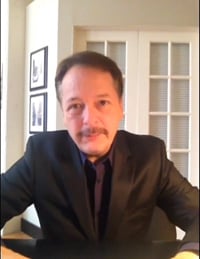 “I have tried over the years to reconcile my silence as a gay priest with that of the Church’s increasingly anti-gay stance. I have been unsuccessful,” Meier writes in his book “Hidden Voices: Reflections of a Gay, Catholic Priest.” “I was hopeful that I could find a way to have integrity while remaining part of a hierarchy that is anti-gay — I was unsuccessful.”

Meier originally published the book anonymously in 2011. But last week, he republished it with his own name on the cover. The crowd of 80 or so supporters who turned out Tuesday afternoon at UMSL — where Meier is studying for a master’s degree in counseling — included former parishioners, other Catholic priests, former priests (the Rev. Marek Bozek, pastor of St. Stanislaus Church was in the audience) and members of gay-rights groups.

Since his public declaration of his sexual orientation, Meier said, he has received a lot of support on his Facebook page. One woman, though, scolded him for accusing the church of a “lack of love.”

“That’s not at all what I’m saying,” Meier told his audience. “But I am accusing the church of a lack of tolerance and acceptance.”

“To be a priest and active in ministry, you can’t say what I’m saying,” he said in answer to a question at the UMSL event. “I don’t think I’ll be getting any more paychecks from the archdiocese.”

Meier released a video last week celebrating his 15 years at a priest and talking about the LGBT community within the church.