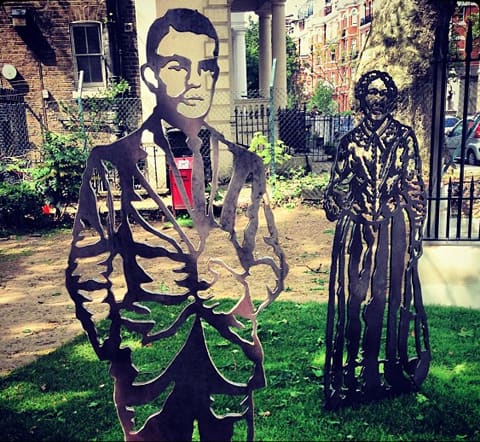 A new sculpture of Alan Turing has been put on display in Paddington, London.

Activists and lawmakers are still working to get an official pardon for Turing's conviction from the British government.

The sculptures are part of the Portrait Bench series by Sustrans, transport charity, which installs the sculptures, as voted for by local residents. The sculptures are made from Corten steel, the same as the Angel of the North, and will eventually rust to give a more organic look.