The Department of Defense for the first time has made an official acknowledgement that transgender people have served in a uniformed capacity in the armed forces by reflecting in its records the gender identification of activist and veteran Autumn Sandeen, Buzzfeed reports. 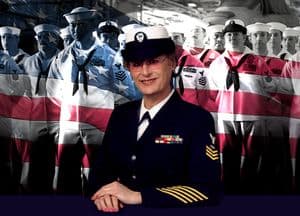 In a short letter dated May 2, a Navy official told Autumn Sandeen, a veteran and transgender activist: “Per your request the Defense Enrollment Eligibility Reporting System (DEERS) has been updated to show your gender as female effective April 12, 2013.”

Sandeen’s military identification card now reflects the change, a move called “quite significant” by the head of OutServe-SLDN, a national organization for LGBT service members and veterans and their families.

“The fact that a process exists [to change the gender listed] indicates that there are people in the Department of Defense who are aware of the needs of transgender retirees and who are working to see those needs met. And, in that sense, the significance of this symbolic act for our broader work and for our goal of open service becomes I think a little bit more apparent,” OutServe-SLDN executive director Allyson Robinson told BuzzFeed.

Much more at Buzzfeed…