Earlier this month, a gay 13-year-old boy was attacked by four teens who shouted "faggot" and "queer" as they pummeled him on the ground and threatened his life. The assault left the Canadian child with injuries on the left side of his body – mainly on his ribs, the kidney area and his arm.

The Chatham Daily News reports on the incident and the anonymous young teen, who, for the sake of this article, goes by the name "David." 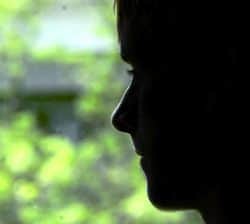 “They were calling me names like 'faggot' and 'queer' and they were telling me that I should go to hell,” said David. “I tried to ignore them and I tried to go to the other side of the street, but then one kid pushed me back.”

He lost his balance and when he hit the ground the youths began to kick him, continuing their verbal onslaught. David curled up and did his best to protect his head from the blows, trying to figure how to get away.

“I was in a ball and sort of in shock,” he said. “I was thinking 'Wow, this really hurts.' It felt really long, but it probably only lasted 15 seconds-ish.” Even when the kicking stopped, the threats didn't.

“The leader of the group, he turned around pulled out a pocket knife,” David said. “(He) flipped it up and said 'If you tell anyone, then you're going to die.' And then he ran away.”

It appears as if David is surrounded by very supportive parents. Said the boy's father to his son:

“Thank God you're different because I wouldn't want you to be like those idiots,” he said. “I'm glad you are who you are. At least you're brave enough to be a real person.”

The Chatham-Kent Police are reportedly actively investigating this assault as a hate crime.