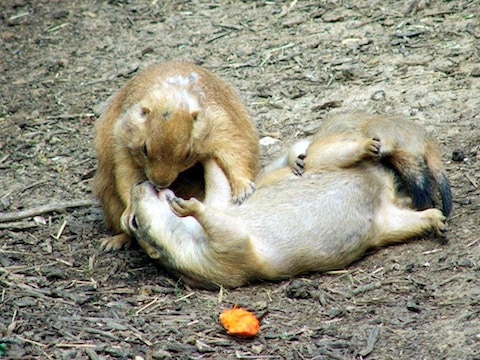 Right Wing Watch has uncovered perhaps the most bizarre condemnation of homosexuality since Pat Robertson compared gay marriage to sex with ducks. In a lengthy postmortem for the Christian Post on the demise of 'ex-gay' group Exodus Interational, Reverend Mark Creech exhibited his total ignorance of homosexuality by stating:

It's interesting that the concept of "sexual orientation" is based strongly upon one's feelings. How does one know that one is gay? Conventional wisdom says because of the way one feels. Numerous are the individuals who have said, "I've felt that I was gay since I was a child." But if one felt that he or she was a squirrel, would that qualify as proof that one was justified in risking life and limb by climbing trees and eating only nuts?

Rather than go for the low-hanging fruit of the painfully obvious joke about squirrels, gay men, and nuts, I will simply state that the Reverend is confusing homosexuals with otherkin, who are a completely unrelated identity. Stand by for Garfunkel & Oates to compose "I'm A Gay Squirrel."