The Republican Party of Idaho is not happy that a growing number of municipalities have banned discrimination against gay people and have passed a resolution urging the legislature to invalidate them, the Spokesman Review reports: 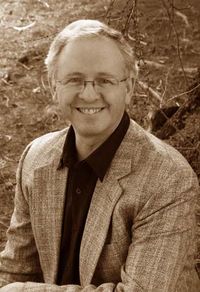 Six Idaho cities have passed such non-discrimination ordinances in the past year and a half, and a seventh, Idaho Falls, is looking into one now; the Idaho GOP wants them halted.

The party central committee’s resolution isn’t binding on the Legislature, which is 81 percent Republican. “It’s a way for the people to make their expressions known to the Legislature,” said Idaho Republican Chairman Barry Peterson. “We let ‘em know that this is the way that the majority of the party feels.”

And to give you an example of the kind of archaic stereotypes their bigotry is based on you don't have to read too far:

Cornel Rasor (pictured), a former Bonner County commissioner and chairman of the Idaho GOP’s resolutions committee, said, “I’d hire a gay guy if I thought he was a good worker. But if he comes into work in a tutu … he’s not producing what I want in my office.” …

“If a guy has a particular predilection and keeps it to himself, that’s fine,” Rasor said. “But if he wants to use my business as a platform for his lifestyle, why should I have to subsidize that? And that’s what these anti-discrimination laws do.”