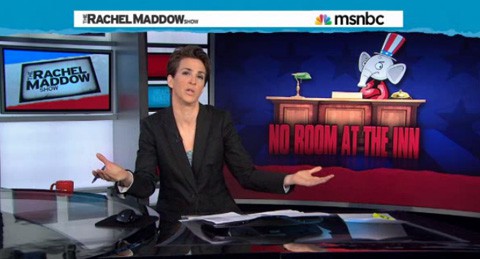 Rachel Maddow reports on the Republican Party and gay rights, noting that the GOP is about to have to make some tough decisions regarding their positions, highlighting the "brutal" questioning of Marco Rubio this week on his homophobic positions on ENDA and immigration. Maddow notes that even Rob Portman, with a gay son, opposes ENDA.

There are currently only three Republicans (below) who do.

"You apparently cannot support something like non-discrimination for gay people and have any future in Republican Party politics. Nobody who has any real prospects of being a national leader in Republican politics in the next few years has anything other than 100% anti-gay policy position on something like non-discrimination… And that is awkward given that the country, as a whole, is in a really, really different place than that."

Rachel notes that the Supreme Court decision will make that difference suddenly come crashing down. 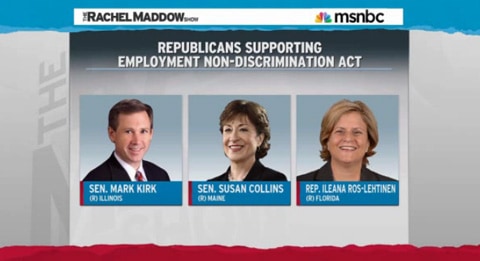