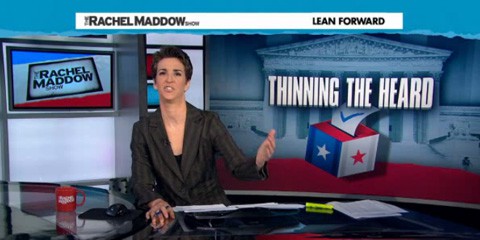 After yesterday's blow to the Voting Rights Act by SCOTUS, Rachel Maddow looked at the chances to save it in Congress, recalling the bill's reauthorization by George W. Bush and the unanimous Senate vote to do so. 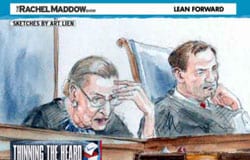 That same year, House Republicans led by Paul Broun attempted to kill the bill but were blocked by Rep. John Lewis.

Later Rep. Lewis joined Rachel to express his sadness at having to fight this all over again.

Previous Post: « SCOTUS Marriage Decision Day Rallies and Events : MAP
Next Post: DOMA and Prop 8 at the Supreme Court: 8 Things to Watch For »