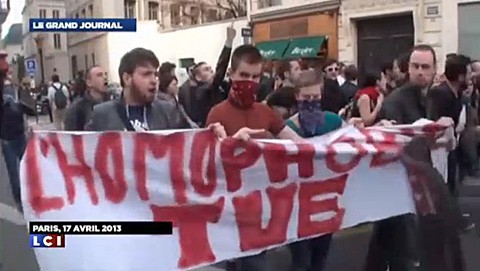 This morning we reported on the horrific attack on 18-year-old French progressive activist who is brain dead after an attack by a group of three neo-Nazi skinheads in Paris last night.

Video has emerged of Meric marchiing in an April demonstration in Paris, carrying a banner reading "homophobia kills".

At least one prominent French activist Pierre Bergé implicated the anti-gay marriage movement known as "Manif Pour Tous" for the attack on Meric.