Harvey Fierstein stopped by MSNBC to talk about his Tony-nominated musical Kinky Boots with Thomas Roberts, blasting anti-gay religious bigots and celebrating his birthday as well.

"Can you imagine if I was on a school board and I came in and I said, 'you know, I don't want any Jews or Christians teaching my kids, because they believe in people living inside whales, and they believe in slavery, and stoning women who have had an affair, so I just don't want any of those Christians or Jews'. Can you imagine? But they feel just absolutely free to say that about gay people." 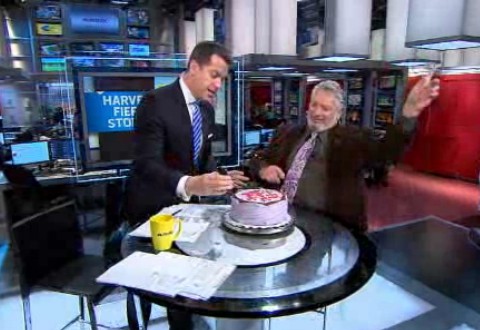