President Obama has named Rufus Gifford, a prominent fundraiser who was most recently Finance Chair of the Presidential Inaugural Committee, as Ambassador to Denmark. He has also named James Costos, Vice President of Global Licensing and Retail for Home Box Office (HBO), as Ambassador to Spain.

Background from the White House: 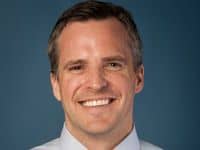 Rufus Gifford most recently served as Finance Chair of the Presidential Inaugural Committee.  He served as Finance Director for Obama for America from 2011 to 2012, and as Finance Director for the Democratic National Committee from 2009 to 2011.  From 2008 to 2009, he was the California Finance Director for the Presidential Inaugural Committee, after working as a political consultant in California from 2004 to 2008.  From 1998 to 2004, Mr. Gifford was Creative Executive for Davis Entertainment, an independent film company based in Los Angeles.  He is currently a Federal Club Member of the Human Rights Campaign and a Partner in Conservation for the World Wildlife Fund.  He received a B.A. from Brown University. 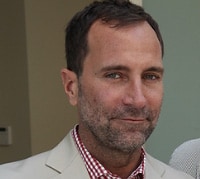 James Costos is Vice President of Global Licensing and Retail for Home Box Office (HBO).  Before joining HBO in 2006, he was President and CEO of Eight Cylinders, Inc., an entertainment marketing and licensing agency.  Previously, from 2002 to 2004, he was head of Promotions and Consumer Products at Revolution Studios in California.  He began his career in New York as a fashion and retail executive.  From 2001 to 2002, he was Vice President of Retail for Hermes in New York, and from 1991 to 2001, he was Vice President of Retail Operations for Tod’s in New York.  Mr. Costos currently serves on the Board of Directors of The Humane Society of the United States.  He received a B.A. from the University of Massachusetts.

The nominations need to be confirmed by the U.S. Senate.