PRop 8 authors are livid that the 9th Circuit Court of Appeals lifted an injunction on same-sex marriage today following rulings this week from the Supreme Court, the L.A. Times reports: 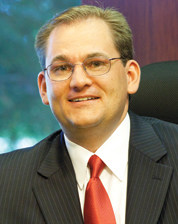 Andy Pugno, general counsel for ProtectMarriage, the official proponents of Proposition 8, said the decision by the federal appeals court in San Francisco came without waiting for the Supreme Court's decision to become final — which takes 25 days from the day of the judgment — and deprived his group of "our right to ask for reconsideration."

"This outrageous act tops off a chronic pattern of lawlessness, throughout this case, by judges and politicians hell-bent on thwarting the vote of the people to redefine marriage by any means, even outright corruption," Pugno said in a statement.

"The resumption of same-sex marriage this day has been obtained by illegitimate means. If our opponents rejoice in achieving their goal in a dishonorable fashion, they should be ashamed,"  he said.