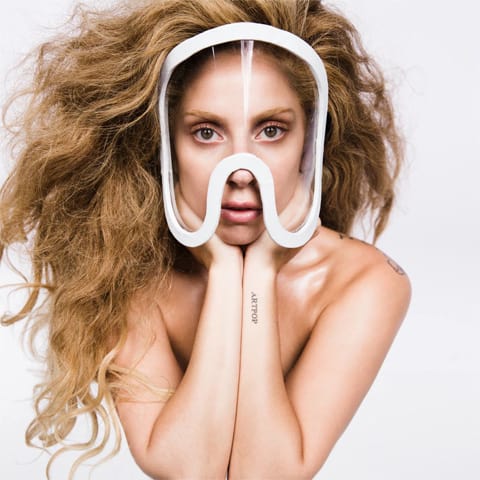 At approximately 3 am ET, Lady Gaga posted a set of images to her Facebook announcing her new single would be released on August 19th, along with an app on September 1, and the full album on November 11.

Wrote Gaga: "Altering the human experience with social media, we bring ARTculture into POP in a reveres Warholian expedition…"

On November 10, the night before the album's release, Gaga will host "an evening of artRave exhibiting Haus of Gaga's projects as well as collaborations with Inez & Vinoodh, Robert Wilson, Marina Abramovic, and Jeff Koons"

Full announcement, AFTER THE JUMP… 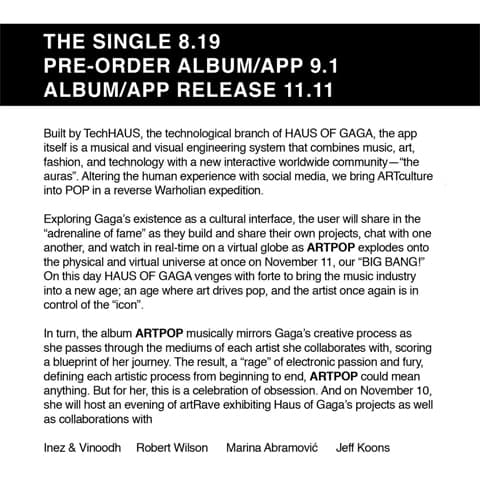