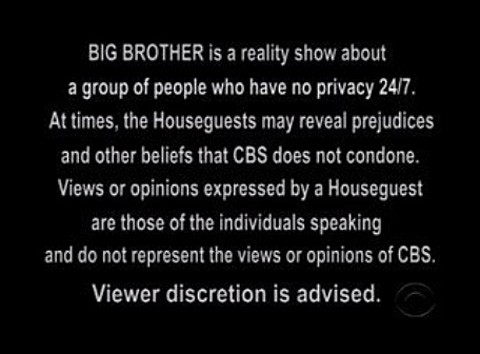 For the first time in 15 seasons, CBS aired a disclaimer before broadcast of Big Brother in response to outrage over racist, homophobic, and other prejudiced remarks by some of the houseguests. 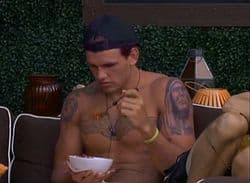 Last night’s episode featured one segment in which Amanda called out Aaryn for her racism, warning that Aaryn was going to be judged by America. The houseguests, of course, have no idea what repercussions their remarks are having in the real world.

A new clip from the live feeds shows BB15 houseguest Howie, who is black, leaving the backyard after Jeremy (right) calls himself “African” because he has flies landing on him while he is eating.

Previous Post: « The Video That the Entire State of Ohio Needs to See
Next Post: AFA’s Bryan Fischer: DOMA and Prop. 8 Rulings a Bigger Injustice Than Zimmerman Verdict »