Government officials in Cameroon have issued a statement criticising journalists over their coverage of the murder and brutal torture of prominent gay rights activist Eric Ohena Lembembe last week. 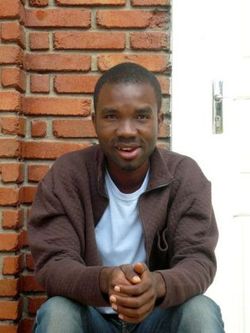 In the first official response to the killing of Eric Ohena Lembembe, government spokesman Issa Tchiroma said in a statement that journalists had engaged in "speculation and witch-hunting" in their coverage of the case, which has drawn expressions of concern from the U.S., France, Britain and the U.N.

"Backed by certain civil society activists and at times by some of our compatriots, the international media have launched attacks on our nation, dragging its image into the mud," Tchiroma said. He called for "a maximum of restraint" from civil society and the media while law enforcement authorities conduct an investigation.

"Any interference or untruthfulness of any nature and origin, notably in terms of information rendered public and propagated by the media, can be considered a violation of judicial secrecy or provocative commentary, which is against the law," he said.

Gay rights supporters in that country responded to the blasts:

"I don't trust the justice system, especially when the issue has to do with homosexuality," said Alice Nkom, one of the few lawyers in Cameroon willing to defend suspects charged under the country's anti-gay law. She said those who defend the rights of sexual minorities in Cameroon have long complained of threats and attacks with little response from the government. "It's a scandal for him to invite journalists and then to warn the civil society and foreign media to stop talking about it," she said.

Meanwhile, amid criticism of shoddy police work in the probe of the murder, activists in Cameroon are calling for the government to conduct a proper investigation.

A separate AFP article includes a statement by those activists:

"This crime occurs within a framework of homophobia marked by the silent complicity of authorities to incidents involving many individuals and organisations defending the rights of sexual minorities," 11 human rights groups said in a statement.

The U.S. State Department was quick to respond to Lembembe's murder urging "Cameroonian authorities to thoroughly and promptly investigate and prosecute those responsible for his death."