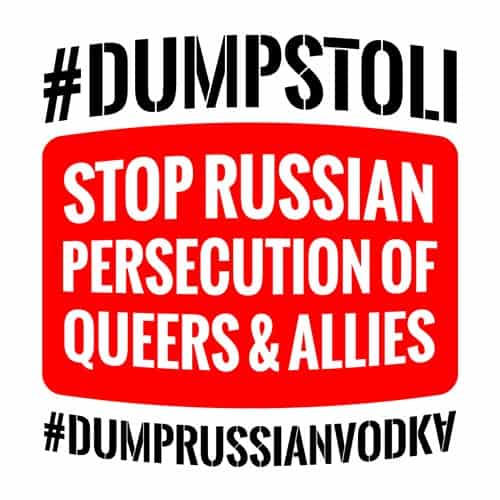 In an article posted to the Slog blog, Dan Savage addressed the recent spate of human rights abuses against LGBT individuals in Russia, arguing these offenses have become so egregious as to warrant action by members and allies of the LGBT community. Savage echoed the calls of others such as Harvey Fierstein who in a recent op-ed implored, "Can we allow this war against human rights to go unanswered?" The answer, according to Savage, is an emphatic and resounding, "no." However, assuming something should be done, what's the best course of action? There has been some debate as to how supporters of LGBT rights should go about responding to the violence and hate in Russia. Ruminating on a potential boycott of the 2014 Winter Olympics being held in Sochi, Russia, Savage points to Patrick Burke, co-founder of the You Can Play Project, and his rejoinder to the question of an Olympic boycott:

"In 1968, Kareem Abdul-Jabbar refused to play in the Olympics as a
protest against the treatment of blacks in America. The same year,
Tommie Smith and John Carlos stood on a medal stand, gloved fists in the air, as a protest against the treatment of blacks in America. History remembers the athletes who showed up….
To send the strongest possible message of support to the LGBT
community, we must send our athletes—those who are LGBT, those who are
LGBT-supportive, those with LGBT family members or friends. Let them
show that champions stand strong with their teammates and training
partners. Send our openly LGBT and “publicly pro-gay” athletes and let
them compete. Let them win. Show the world that there are elite LGBT
athletes who are not afraid to be themselves, on and off the playing
field. That the majority of the world’s finest athletes support their
LGBT teammates, coaches, and opponents by treating them as equals in
competition."

However, irrespective of the Olympics, Savage suggests a boycott of Russian vodka is a more effective and immediate way to stand up to Russia's thugish anti-gay actions, giving momentum to previous calls for a boycott. Savage writes, 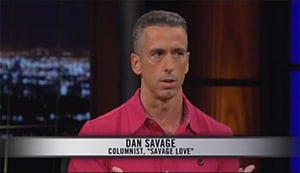 "There is something we can do right here,
right now, in Seattle and other US cities to show our solidarity with
Russian queers and their allies and to help to draw international
attention to the persecution of gay men, lesbians, bisexuals, trans
people, and straight allies in Putin's increasingly fascistic Russia: DUMP RUSSIAN VODKA.

If you drink a Russian Vodka like Stoli, Russian Standard, or any of
the other brands listed above, switch to another brand from another
country, or even a local brand from a local distillery. Stoli is the
iconic Russian Vodka and it's returning to Russian ownership in 2014.
Other brands like Russian Standard should also be boycotted. Do not
drink Russian vodka. Do not buy Russian vodka. Ask your bartender at
your favorite bar—gay or otherwise—to DUMP STOLI and DUMP RUSSIAN VODKA."

Savage also makes sure to point out that, despite what their wikipedia page might suggest, Stoli is in fact a Russian owned company and therefore a worthy target of the boycott.

Some have already begun to join the boycott. The Windy City Times reports that Sidetrack, one of Chicago's biggest gay bars, has stopped serving Stoli and other Russian vodkas. Another bar in Chicago, The Call, has joined the boycott as well.