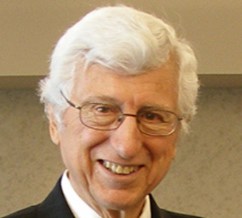 Despite certain bans being put in place both in the U.S. and abroad, ex-gay therapy continues to be offered by 70 different clinics in 20 different states, according to the Southern Poverty Law Center. Luckily, the SPLC has filed a lawsuit against one such organization, Jews Offering New Alternatives for Healing (or JONAH), alleging consumer fraud. The New Jersey lawsuit will hopefully break new ground, and set a precedent for similar lawsuits against other similar organizations.

That doesn't sit well with Nicholas A. Cummings, a former therapist and head of the American Psychological Association, who used the lawsuit as an avenue to advocate for ex-gay therapy in an op-ed piece he wrote for USA Today. "The sweeping allegation that such treatment must be a fraud because homosexual orientation can't be changed is damaging," he wrote, claiming that the Southern Poverty Law Center has "gone astray" from its original "service for our nation in fighting prejudice."

It is worth mentioning straight away that Cummings' credentials as a therapist date from 1959–1979, and his credentials as head of the APA date from 1979–1980. As ThinkProgress pointed out, "it’s unclear what professional experience he’s had since then." Since Cummings' time as head, the APA has recognized the practice of ex-gay therapy as ineffective and potentially harmful. Nevertheless, Cummings maintains that "of the patients I oversaw who sought to change their orientation, hundreds were successful." He went on to explain:

"I believe that our rate of success with reorientation was relatively high because we were selective in recommending therapeutic change efforts only to those who identified themselves as highly motivated and were clinically assessed as having a high probability of success."

When it came to providing specific numerical or even anecdotal evidence of this "high probability of success", Cummings chose to stay conspicuously silent in his op-ed piece. Instead, he chose to lament the politicization of ex-gay therapy, and claimed that:

"Accusing professionals from across the country who provide treatment for fully informed persons seeking to change their sexual orientation of perpetrating a fraud serves only to stigmatize the professional and shame the patient. 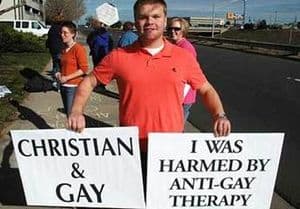 it is also worth mentioning that Cummings does agree with the fact that "homosexuality is not a mental disorder". That is, unfortunately, where he and the APA split, since the organization has agreed that sexual orientation cannot be changed by therapy. As for those claiming to be changed by therapy? Studies indicate that they are simply "acting the part". Thus, Cummings' op-ed, which ThinkProgress calls "a rehash of an affidavit he filed defending JONAH in the lawsuit," serves only to toss around old credentials and vague evidence to advocate for abusive treatment, as was reported by plaintiffs in the JONAH lawsuit.

Perhaps even more troubling is the fact that organizations such as NARTH, who advocate for ex-gay therapy, are already championing Cummings' article to their supporters. Then again, "he has also featured as a keynote speaker at NARTH conferences, where he claimed that the LGBT movement uses “homophobia as intimidation” to oppress those who oppose homosexuality."