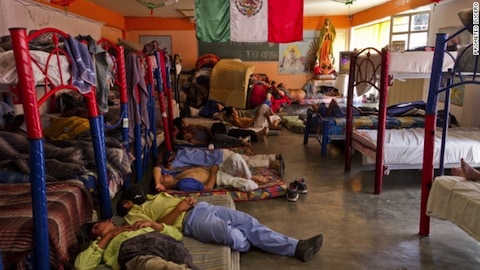 For Mexican migrants, traveling across the country is a dangerous proposition. Even the group with the lowest rate of violent incidents – heterosexual men staying in migrant shelters – still encounter violence 20% of the time, and the rates go up from there. Transgender migrants suffer from violence the worst, affecting a full third of those who stay in shelters, and over half of those that don't.

The Atlantic has the full story.