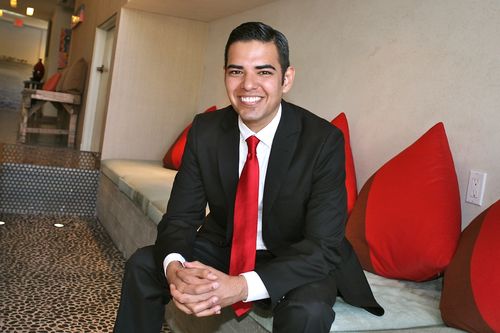 He joins four others who had previously announced their candidacy in what is sure to become a crowded field.

In a YouTube video, Garcia spoke of the greatness of Long Beach and the city's accomplishments during the past several years, including reforming pensions, closing structural budget deficits and opening new parks.

"Over the next few months, I want to listen to you, I want to hear your story," Garcia said. "I want to sit on your porch, and hear what you want to do for your family and four our city. And I want to share with you my vision for the city, what we can do together as a team."

In addition to the accomplishments mentioned above, Garcia has led locally on numerous pro-LGBT issues. He is the author of the city's Equal Benefits Ordinance which ensured domestic partner benefits for city vendors. He also authored the city's first anti-bullying policy and named the first park in America after civil rights leader Harvey Milk.

Last year, Long Beach was recognized by the Human Rights Campaign as one of the top ten cities in the country for pro-LGBT municipal law and policy.

Watch a video of Garcia's announcement, AFTER THE JUMP…