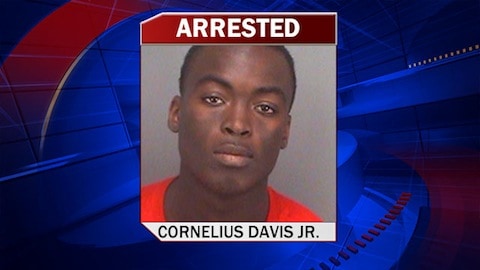 The Second Amendment was in full-force at Pride parades this weekend. In St. Petersburg, FL a man was shot with a BB gun by 20-year-old Cornelius Davis, and was apparently motivated by anti-gay animus. Tampa Bay Times reports:

After shouting gay slurs, authorities say, a man shot a spectator on his way to Saturday's St. Pete Pride parade in the leg with a BB gun in what organizers describe as the first violent incident in the event's 11-year history.

According to a police report, Davis yelled a derogatory term for gay people at the man and a group of friends who were walking to the parade. He yelled that they should "put some clothes on" and that "this is a disgrace, there are kids around here," according to the report.

The shooting victim talks about the incident and wants Davis charged with a hate crime, AFTER THE JUMP…