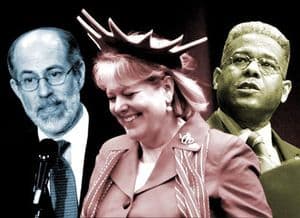 Mother Jones broke the story yesterday, after obtaining documents about the covert group. Groundswell, which is comprised of high-profile hyper-Conservatives such as Ginni Thomas (wife of Supreme Court Justice Clarence Thomas), former UN ambassador John Bolton, and former FL congressman Allen West, seeks to "fundamentally transform the nation." They have begun holding weekly secret meetings in the offices of Judicial Watch, where they "cook up battle plans for their ongoing fights against the Obama administration, congressional Democrats, progressive outfits, and the Republican establishment and 'clueless' GOP congressional leaders."

The group also includes certain congressional aides and journalists. While Groundswell is, by no means, the only group that meets to discuss strategies for legislation and PR, the clandestine nature of the group does raise questions about what exactly the group has to hide. In the exposé, Mother Jones noted that…

"Though members have been encouraged to zap out tweets with a #GSW hashtag, a message circulated to members of its Google group noted that the role of certain advocates should be kept 'off of the Google group for OPSEC [operational security] reasons.' This 'will avoid any potential for bad press for someone if a communication item is leaked,' the message explained."

Did we mention that one of the group's core members has a spouse that's a member of the Supreme Court? Just making sure…

An internal document describes the origins of this coalition:

"Groundswell evolved out of conversations among conservative leaders after the November elections. This is the eighth meeting. Now others are asking to be included. Growth needs to be strategic; it should be made up of senior level people willing to collaborate. It is important to keep a balance of social conservatives, national security conservatives, and constitutional conservatives. Outreach has occurred to incorporate groups with extensive reach: Heritage, Heritage Action, FreedomWorks, AFP [Americans for Prosperity], FRC [Family Research Council] and the NRA, among others…Our country is in peril. This is a critical moment needing critical leadership. We want to protect the strategic collaboration occurring at Groundswell and build on it. Please be careful about bringing guests and clear them ahead of time." 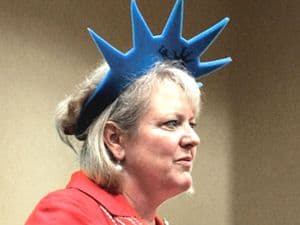 Note the inclusion of anti-gay groups such as Heritage and the FRC. Thus, it isn't all that surprising that many of the internal documents released concern the group's strategies for opposing marriage equality. One mocked Republican Party chairman Reince Priebus, saying that he “is sending messages to the party… If we were all gay illegal aliens, the party likes us."

Mother Jones' expose proves rather extensive. Those interested in reading it in its entirety can do so HERE. For those wishing for a more concise list of highlights, Queerty was kind enough to oblige:

"Other memorable quotes from the group’s memos:

If Americans ever needed an example of how the GOP really feels about them, these memos are it."

Perhaps, if these hyper-conservatives make a genuine effort to fix the nation's education system, then they wouldn't need to "write articles on [a] 4th grade level"…