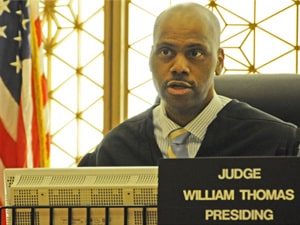 Back in November, President Obama nominated out gay Judge William Thomas for a seat on the US District Court for the Southern District of Florida. Unfortunately, Judge Thomas is still waiting to be confirmed by the US Senate while many of President Obama's other judicial nominees appointed at the same time have already been confirmed. The Washington Blade today reports that Florida Sen. Marco Rubio (R) and a little blue slip of paper are the only things standing in the way of advancing Thomas' confirmation.

When it comes to senate confirmations of Presidential appointees to the bench, senators on the judiciary committee are not the only ones who get to weigh in. Senators from a nominee's home state are involved as well and provided with "blue slips" they must then submit in order for the confirmation process to continue. However, as the United States Senate Committe on the Judiciary notes, "The
return of a positive "blue slip" is not a commitment by either home
state Senator to support or oppose, a pending nomination." The purpose rather is to "encourage consultation" and respect the senator's "interest in nominees from their home state." Though Florida's other senator, Bill Nelson, recently submitted his blue slip, perhaps due to recent media scrutiny surrounding his inaction on Thomas' confirmation, Rubio has yet to submit his, without concrete explanation, his office not responding, "to repeated requests from the Blade over
the past two weeks to comment on why he continues to hold up the Thomas
nomination." 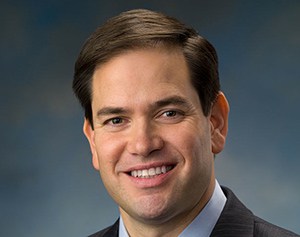 Now LGBT groups and others are calling for movement on Thomas' nomination. The Washington Blade reports:

Fred Sainz, vice president of communications for the Human Rights Campaign, is among those calling for Rubio to take action.

“He should return the blue slip and allow this well-qualified jurist
to get confirmed by the U.S. Senate,” Sainz said. “The federal district
court system is already backlogged. There’s no good reason why justice
should be further delayed when Judge Thomas is ready, willing and able
to serve.”