This afternoon, NBC Sports Group chairman Mark Lazarus told attendeeds at the TCA Summer TV Press Tour that the network will take a wait and see approach to the anti-gay laws and social injustices taking place in Russia. 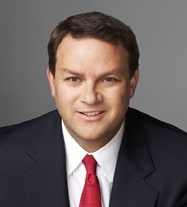 Russia's draconian anti-gay laws are stirring up controversy for NBC Sports as the division prepares for the 2014 Winter Olympics in Sochi. NBC Sports chairman Mark Lazarus would not directly address the issue at the division's Saturday afternoon Television Critics Association press tour session. But he promised that if the controversy was still front and center come Feb. 6, when the company's 18 days of coverage begins, it would not be swept under the rug.

"We'll address it at the time because it's still unfolding," said Lazarus, adding that the IOC has taken up the issue with the Russian government.  "The IOC has addressed it with the Russian government and has assured athletes, fans and media that there won't be any issues," he added. "Governments across the world have different laws. I don't know now it's going to [affect] us. If it is still their law and it is impacting any part of the Olympic Games we will make sure we are acknowledging it and recognizing it."

More from the LA Times:

NBC's veteran sportscaster Al Michaels said, "there will always be controversy surrounding [the Olympics]. It all seems to work out."

According to Lazarus, the International Olympic Committee has said that gay athletes will be welcome in Russia and encouraged to compete. "Obviously, as a company, we are for equality and opportunity for all," Lazarus said. "We don't believe in the spirit of the law they have passed, and we are hopeful the Olympic spirit will win out."