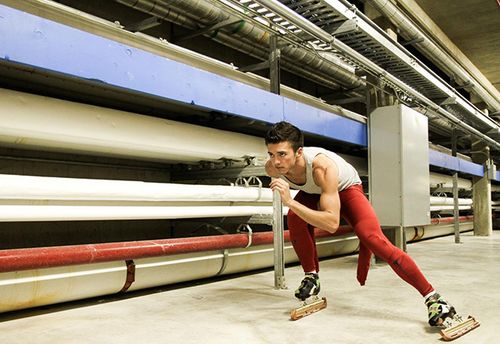 With Russia's new gay "propaganda" ban signed into law last month, LBGT Olympians from around the world are already anticipating the chilling effects that the new law will bring to Sochi.

In an interview with Vocativ, Blake Skjellerup, a New Zealand speed skating hopeful who competed in Vancouver in 2010, blasted the new law for being a major step backwards in terms of Olympic commitments to diversity and LGBT inclusiveness.

"I think being in a country like Russia where they've decided to introduce these new laws basically saying telling children that homosexuals don't exist is a massive step backwards for the LGBT human rights movement for the world, not just for Russia."

Unlike the Vancouver Olympics, Sochi will not have a Pride House for LGBT Athletes. Blake says the Pride House in Vancouver made him realize "being out and being open is a great thing, something to be proud of and not something you should hide."

If selected to participate in the 2014 Olympics, Blake plans on wearing a rainbow flag pin as a symbol of pride and defiance. "If it gets me in trouble, then I guess so be it."