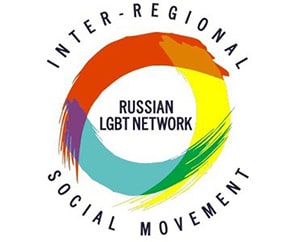 In a press release posted to Facebook today, The Russian LGBT Network responded to recent calls for the boycott of the 2014 Sochi Olympic Games in support of LGBT Russians and disapproval of the nation's recently enacted anti-gay laws that make it a crime in Russia to spread "propaganda of non-traditional sexual relations among minors."

Echoing the calls of others including Patrick Burke, co-founder of the You Can Play Campaign, The Russian LGBT Network urges athletes and nations not to walk out on Sochi but rather to use the games as an opportunity to highlight the oppressive acts of the Putin regime and issue a clarion call for international action in support of LGBT rights:

"We believe that calls for the spectators to boycott Sochi, for the Olympians to retreat from competition, and for governments, companies, and national Olympic committees to withdraw from the event risk to transform the powerful potential of the Games in a less powerful gesture that would prevent the rest of the world from joining LGBT people, their families and allies in Russia in solidarity and taking a firm stance against the disgraceful human rights record in this country.

In retrospect, the record of the Olympic boycotts is not utterly promising in regards the potential to bring a change; look at the 1980 boycott of the Moscow Olympics, the 1984 "retaliation" boycott of the LA Games, or at the 1968 Olympics in Mexico City. What is remembered from 1968 is neither the number nor the names of those who boycotted the Games, but the "human rights salute" by Tommie Smith and John Carlos who rose black-gloved fists and bowed their heads on the victory stand as a sign of resistance to racial injustice and solidarity with everyone who fought for equality and human rights." 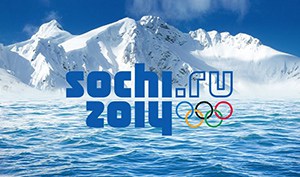 Like many others, The Russian LGBT Network is keen to point out the influence that national organizations as well as broadcasters have in effecting change in Russia by not remaining silent on the grave human rights abuses that have become widespread in Russia:

"Participation and attendance of the Games in Sochi will not indicate
endorsement of injustice and discrimination; they will only if they are
silent. We hope to join forces and succeed in raising everyone's voices
for LGBT equality in Russia and elsewhere.

We hope for the support of national organizations in making sure that the athletes publicly take a stance against violence toward LGBT people and stand strong for LGBT equality; that the national houses fill the gap of the banned Pride House and support LGBT athletes, staff, spectators and their allies on their grounds; that sponsors follow through with their policies and visualize their commitment to justice and observance of human rights in regards LGBT people at the Games; and that the broadcasters display all this in a positive and supportive way.

Do not boycott the Olympics – boycott homophobia! Stand in solidarity with people in Russia and bring LGBT pride and values of human rights and freedoms to the Games in Sochi!"