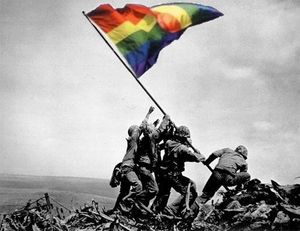 The Senate Committee on Veterans’ Affairs advanced a new package of bills recently that would effectively ensure full benefits go to gay troops and their spouses. The package, collectively known as the Charlie Morgan Act, would change the existing definitions of spouse in U.S. code concerning benefits for troops. The portion in question is known as Title 38, which defines marriage as between a man and a woman independently of the mostly-defunct "Defense of Marriage Act".

According to the Washington Blade, the bills carry the name of Charlie Morgan, a guardsman from New Hampshire who was a plaintiff against DOMA on behalf of herself and other gay troops. She did so while battling terminal breast cancer, and sought to secure benefits for her spouse before succumbing to the disease. Unfortunately, Morgan passed just months before the death of DOMA, but her name lives on with the newly-advanced bill. Sen. Jeanne Shaheen (D-N.H.), chief sponsor of the bill, told the press:

"Every individual who serves in uniform should have access to the benefits they’ve earned. Charlie served on the front lines for our country, but because of her sexual orientation her family has been wrongfully being denied many of the same benefits given to those who stood beside her." 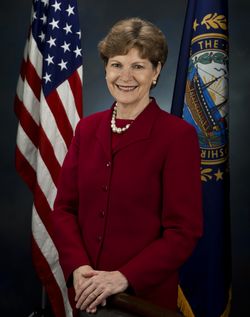 The Charlie Morgan Act also comes, in part, from Defense Secretary Chuck Hagel's promise to deliver full benefits to gay troops and their spouses after the Supreme Court gutted DOMA. Benefits in question include compensation for disability and the right to be buried in a military cemetery. With Title 38 in place, it is unclear as to whether such benefits can be extended to same-sex spouses. If passed, the Charlie Morgan Act would effectively put all doubts to rest. According to Shaheen, it is not so much a new piece of legislation so much as an extension of the decision handed down by the Supreme Court last month.

“The Supreme Court’s ruling on DOMA was a victory for the belief that all Americans are to be treated equally under the law, and I am pleased the Veteran’s Committee has built on the landmark progress we’ve seen for marriage equality. I hope the full Senate will move forward on the Charlie Morgan Act so that finally no spouse, child or family is denied benefits they have earned and deserve.”