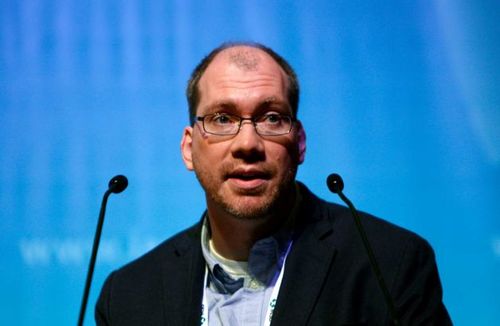 Some big news out of the HIV/AIDS research world: Dr. Timothy Henrich (above), a medical researcher with Harvard Medical School and Boston's Brigham and Women's Hospital, announced today that two of his HIV-positive patients showed no trace of the virus after receiving stem-cell transplants.  Henrich's study was supported by amfAR, the international HIV/AIDS nonprofit, which issued a press release with further details:

The patients had been on long-term antiretroviral therapy for HIV when they developed lymphoma. To treat the cancer, the patients underwent reduced intensity chemotherapy followed by stem-cell transplants. Since the transplants, Dr. Henrich has been unable to find any evidence of HIV infection.

With support from amfAR, he conducted a clinical study in which his research team withdrew the patients’ antiretroviral therapy and performed several sophisticated assays looking for signs of viral rebound in blood and other tissues. One patient has been off treatment with no detectable virus for approximately 15 weeks, and the second patient for seven weeks, with similar results. However, it is too soon to draw any definitive long-term conclusions.

Only one person has ever been 'cured' of HIV: Timothy Brown, also known as 'the Berlin patient,' who has been HIV-free for five years after receiving similar bone marrow transplants to the two new patients.  The marrow used for Brown's transplants, however, came from an individual with a specific genetic mutation that makes humans almost completely resistant to HIV infection.  The two Boston patients did not receive donations from individuals with this mutation. 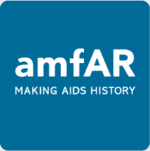 As amfAR notes, it is unclear at this point whether or not the virus could return in the two patients over time.  A previous patient in a different National Institutes of Health study went 50 days without treatment before experiencing what is known as 'viral rebound'; both of Dr. Henrich's patients are at or past this threshold.  Further monitoring of the two patients will undoubtedly be needed to determine the long-term effects of stem-cell transplants for HIV-positive individuation.

"These findings clearly provide important new information that might well alter the current thinking about HIV and gene therapy," amfAR CEO Kevin Robert Frost said in a statement. "While stem-cell transplantation is not a viable option for people with HIV on a broad scale because of its costs and complexity, these new cases could lead us to new approaches to treating, and ultimately even eradicating, HIV."