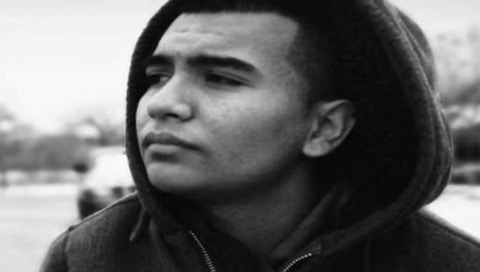 Carlos Vigil, a 17-year-old New Mexico teen took his own life this week after leaving a suicide note on Twitter, the Latin Post reports:

"I'm sorry to those I offended over the years. I'm blind to see that I, as a human being, suck. I'm an individual who is doing an injustice to the world and it's time for me to leave," read a post on Vigil's Twitter account, continuing: "The kids in school are right, I am a loser, a freak, and a fag and in no way is that acceptable for people to deal with. I'm sorry for not being a person that would make people proud."

"We found out three years ago that he was going through this stuff and we've been trying to help him every day since," said Vigil's father. "We realize he's been going through it every day since he was in the third grade, that's a long time for a child to hold that within himself."

Carlos’ dad rushed home when he heard about [the post on Twitter], but it was too late. Carlos was going to be a senior at Valley High — a school he transferred to last year to escape bullying at Los Lunas High School. He was picked on for everything from his weight and acne to his glasses.

His mom said it started when he was at least 8 years old.

“He had this lunchbox, a smiley face lunchbox, and people thought it was the funniest lunchbox ever, and they made fun of him for it,” Jacqueline said. “They grabbed it on the school bus and just threw it on the floor and broke it. It's just little things like that.”

The Latin Post reports that Vigil's family took him off life support on Sunday evening while KRQE reports he is still on life support and that the family plans to take him off after his organs are donated.

In any case, another life has been tragically lost to bullying.

Watch KRQE's report, AFTER THE JUMP…