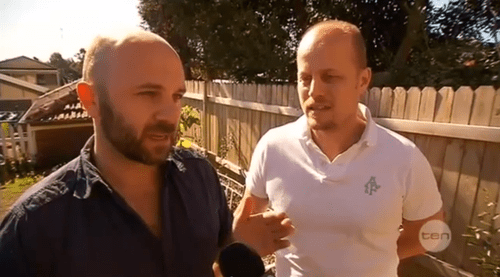 A recent report released in the wake of a Parliamentary Inquiry has deemed it possible for the state government of New South Wales to recognize and legalize same-sex marriage, much in the same way that individual states have managed to legalize marriage equality in the United States. Should the state choose to seize the opportunity, it would become the first Australian state to do so. According to labor MP Penny Sharpe, a cross-party coalition has already begun work on a bill that could potentially be passed as early as this year.

Currently, same-sex couples in Australia must travel overseas should they wish to get married, and do not receive any sort of legal recognition for their marriage upon returning home. "As soon as we walk back into Australia, we have a piece of paper that means nothing," said Steven Miller to Australia's Ten News. Miller and his partner have been engaged for four years, but wish to wait for some sort of legal recognition before finally tying the knot.

Any marriage equality bill that is introduced must be debated and passed by the "Upper House" before moving to the "Lower House". According to Ten News, the Lower House will likely prove the biggest challenge.

Watch the full report AFTER THE JUMP…