The "What's Next" series takes an in depth look at marriage and gay rights, in general, after the Supreme Court's momentous rulings striking down the Defense of Marriage Act and Prop 8. Today's column looks at the politics of implementing the Court's decision in Windsor.

The Supreme Court struck down DOMA. The narrowness of that 5-4 victory underscores the vital importance of who sits on that Court and, by extension, who nominates those jurists. But the president's role is broader than that. And now that we have shifted to a post-DOMA world, the president's role becomes outsized and essential. 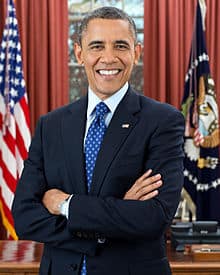 In short, President Obama has the power to make Windsor a real victory or a "skim milk" shadow of one.

The days leading up to decision day are all about the Court. Even as far back as the Prop 8 trial in Vaughn Walker's district court in San Francisco, our attorneys were playing both a short and long game: win the case at hand, but also keep on eye on winning a majority at the Supreme Court. The Ninth Circuit's narrower holding may have also had an eye on the Court: it cited countless Kennedy opinions and gave it a less risky way to be on the side of equality without going too far.

The days after the decision are all about implementation. And this is something the Court cannot do. It has no army, no staff of administrators and bureaucrats that will decide how the Court's decisions play out, and no means of enforcing the majority's will on the public. For this, we turn to the executive branch, and given that the Court did not touch crucial implementation questions, the role of the executive may prove to be the most important factor in the turning Windsor into a lasting gay rights victory.

Electing a supportive president — on social, not just economic, issues — and a supportive Congress matters, even when a victory comes from the words of the Supreme Court. For proof, we need look no further than the question of marriage recognition based on "state of celebration" versus "state of domicile."

I explain why, AFTER THE JUMP…

Every statute, every overturning of a statute, every modification to some law has to be implemented by the executive branch. To do that, the part of the government tasked with the law's operation — say, the Social Security Administration with social security benefits — writes rules and regulations to bring Congress's wishes  to life. Lawyers aptly call it administrative law.

For example, if a statute hinges a benefit on being the "spouse" of someone entitled to that benefit and Congress didn't give an explanation for what it meant by the word "spouse", then it is up to the administrative agency in charge of implementing that particular benefit to write a regulation that defines spouse in accordance with the intent of Congress. Those regulations get published in the Code of Federal Regulations, a voluminous collection of how the executive branch is interpreting Congress's laws.

So, when the Supreme Court says DOMA is dead, but leaves open the question of how the federal government will now determine which marriages are legitimate and which are not, executive rulemakers step in. Wherever it can, the Obama Administration is adopting a "state of celebration" rule, meaning that it will recognize all marriages as valid where they happened, not where the couple lives. Without this rule, Windsor would be an intellectual victory, at best, a pyrrhic one, at worst.

A conservative administration unsupportive of our cause would use its executive power to frustrate the Windsor decision by using a "state of domicile" rule, or a rule that would recognize only those marriages that are considered valid by the state in which the couple happens to live.

And this distinction between using a state of celebration rule and a state of domicile rule cannot be overstated. By definition, any marriage recognized by a state, i.e., that gets a license from a state, is clearly valid in that state. That's why gay couples who live and work in Texas come to New York or any of the other 12 states that recognize the freedom to marry. Therefore, a state of celebration rule would allow the federal government to recognize all marriages between two people of the same sex.

A state of domicile rule would make Windsor an empty victory for the thousands of gay couples living in marriage discrimination states, numbers that exceed the number of gay couples living and raising children in marriage equality states according to the Williams Institute. This rule would make the Texas couple's New York marriage irrelevant for federal benefits and recognition because the couple lives in Texas.

President Obama has already started implementing a state of celebration rule. The Defense Department, immigration authorities, the IRS, and other departments are implementing the celebration rule quickly. The Office of Personnel Management, which handles all issues related to some 2 million federal employees, has been muddling along with murky and contradictory language on the meaning of "spouse" in its regulations, but the President was clear that he plans to authorize a state of celebration rewrite.

If the "severely conservative" and "wrong on paper, wrong in fact" Mitt Romney were president, he would have to accept a Supreme Court ruling striking down DOMA, but he would be within his power to limit the effect of the decision by moving slowly and writing a state of domicile rule. That rule would certainly be subject to legal challenge, but even if that challenge proved successful, thousands of gay couples would be harmed in the interim. 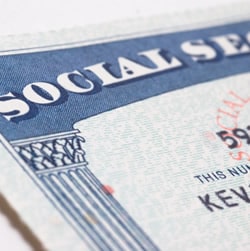 Unfortunately, there are a few areas where the President alone cannot enforce a state of celebration rule. The Department of Veterans Affairs operates on a statute that explicitly requires marriages be valid in the state in which the couple lives (state of domicile) for benefits to be extended. A similar rule is written into the Social Security Act.

All federal benefits are important, but social security is particularly so given its essential role in providing a social safety net for the elderly and their survivors. So, what do we do about this?

Congress could pass the Respect for Marriage Act, which would not only repeal the rump of DOMA (Section 2, more on that in another column), but would also authorize a state of celebration rule. But ROMA is going nowhere in the Republican House.

Congress could pass a specific amendment to the Social Security Act, but that too is unlikely as long as a Republican holds the Speaker's gavel.

We could challenge the SSA's state of domicile rule in court and the likelihood of success of that challenge got a lot higher after Windsor. Windsor's recognition of gay marriages now highlights the discrimination faced by gay couples just because of the accident of their residence. Two couples, separated by the just over 1-mile stretch of the Lincoln Tunnel, are treated wildly different, an effect that stands in direct opposition to the letter and spirit of Justice Kennedy's decision in DOMA.

Or, we could elect a Democratic House.

In other words, the ecstasy we feel as we take in the Court's decisions in Windsor and Perry is legitimate, but it should not distract us from the work that needs to be done to elect allies to the White House and to Congress lest the decisions be drained of their power.