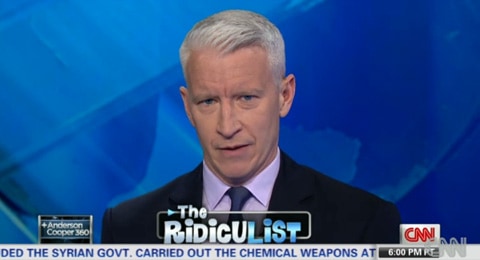 Pat Robertson finds his way to Anderson Cooper's 'Ridiculist' for his claims this week that gay people wear special rings designed to cut people during a handshake so they can then transmit the AIDS virus.

…You know what they do in San Francisco, some in the gay community there they want to get people so if they got the stuff they’ll have a ring, you shake hands, and the ring’s got a little thing where you cut your finger. Really. It’s that kind of vicious stuff, which would be the equivalent of murder."

Anderson then goes on to mock some of Robertson's other recent off-the-wall remarks.