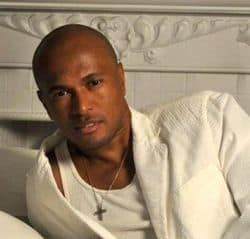 Producer Proteus Spann had big plans for the 14 books whose rights he had purchase from E. Lynn Harris–his friend and the bestselling author of the book Invisible Life–when the two sat down for a celebration dinner in Los Angeles.

He didn't know that that very night, his friend would suffer a heart attack at his Beverly Hills hotel and pass away, and that Harris's mother Etta would soon sue him, claiming he did not have the rights to her son's novels.  The Hollywood Reporter tells the story of what followed after the fateful dinner:

Despite the loss of his friend, Spann continued on with the production of Invisible Life, the first of the books he planned to bring to the big screen. He finally secured an investor through a personal relationship he had.

Then Harris’s mother, Etta Harris, sued Spann claiming that he did not have the legal rights to the books. "Spann implemented his plan to take control of the E. Lynn Harris Works,” reads the complaint filed in Oct. 201, “by forging the signature of E. Lynn Harris on each of the Assignments.”

The lawsuit took an enormous toll on Spann. “It put a stop to everything. I went through a very deep depression. I was fighting for survival.” The suit also brought tremendous financial strain as Spann had to pay over $200,000 in legal fees.

Furthermore, Spann’s backers pulled out during the legal battle. “He didn’t want any of the publicity,” Spann explains why the investor, whom he describes as a conservative multi-millionaire, backed out.

In late July, a Los Angeles Superior Court judge ruled that Spann did indeed own exclusive film, TV and theater rights to Harris's works.  "I feel like a new man," Spann told the Hollywood Reporter, "like I have something to live for again.

The producer is pushing to begin filming for his Invisible Life script, and hopes to continue work on a musical based on the novel.  He's also in the early stages of production on Harris's second bestseller, Not A Day Goes By.

Spann credits Harris's work on closeted, African-American gay men–and Invisible Life in particular–for helping him come into his own sexuality.  "It answered a lot of questions that I couldn’t answer,” he told the Hollywood Reporter. “Being a bisexual or gay man, it was difficult to figure out who to go to."