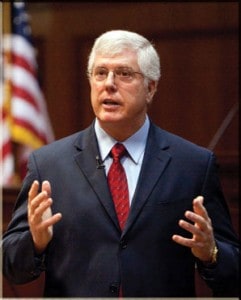 Just hours after New Jersey Governor Chris Christie signed the state's ban on gay-to-straight conversion therapy for minors, Towleroad reported on the Liberty Council and its plans to challenge the law in federal court. They have subsequently made good on their threat, and have been joined by two other conservative advocacy organizations.

Since the New Jersey law apparently took effect the minute Christie signed it, the Liberty Council is already behind on their promise to challenge the law immediately after it took effect. Nevertheless, the National Association for Research & Therapy of Homosexuality, or NARTH, and the American Association of Christian Counselors have both endorsed the lawsuit, filed on behalf of two Christian counselors who practice the controversial form of therapy. One is Tara King, founder of the King of Hearts Counseling Center in Brick, N.J. According to the Washington Blade:

"King identified as a lesbian and was in a same-sex relationship between the ages of 19 and 23. But after attending ex-gay conversion therapy at Exodus International, she, according to the complaint, left 'the homosexual lifestyle 23 years ago and has experienced the change and reform that her Christian faith has brought into her life.'" 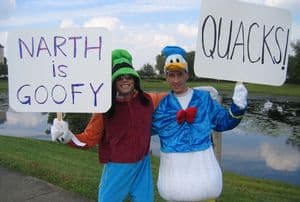 The second is Ronald Newman, who received his degrees in psychology from Evangelical Divinity School and founded the Christian Counseling Consortium of South Jersey. Both centers founded by both plaintiffs have been offering "ex-gay therapy" to minors for years. According to the complaint:

“Newman and his patients are suffering and, absent injunctive relief, will continue to suffer irreparable harm as a result of A3371. By prohibiting minors from receiving SOCE counseling, A3371 has made a portion of Dr. Newman’s practice illegal and unethical.”

ThinkProgress poured through the 46-page suit, and highlighted a number of claims that it makes:

"It 'harms counselors by placing them in a catch-22 in which they will be forced to choose between violating ethical codes by complying… or violating the law by failing to comply.'

"Providing ex-gay therapy is already a violation of their professional ethics, as all major professional psychotherapy organizations have condemned the practice as ineffective and harmful. That they seek to provide it nevertheless demonstrates that their “independent professional judgment” is severely compromised.

"It 'denies or severely impairs Plaintiffs’ clients and all minors their right to self-determination, their right to prioritize their religious and moral values, and their right to receive effective counseling consistent with those values.'

Licensed professionals providing a service do not have a “right to prioritize” harmful, unprofessional treatment. Standards of conduct should not be optional to those who claim their religion prevents them from following them.

"The fact that professional ethics codes already prevent harming patients — and “ex-gay” therapy — has clearly not stopped those challenging this law from offering these ineffective and harmful services, under the false pretense that it can work. Other unethical practices, such as sexual misconduct by medical providers are also explicitly banned in New Jersey state law." 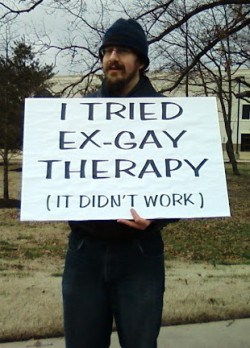 In its suit, the Liberty Council seeks an injunction to stop enforcement of the law in question while legal proceedings take place. It also seeks a permanent injunction to stop enforcement of the law once and for all, as well as a declaration that the ban on conversion therapy for minors is unconstitutional. Finally, the lawsuit seeks nominal damages and compensation for court costs.

Wayne Besen, executive director of Truth Wins Out, criticized the Liberty Council's suit, telling the Washington Blade that it is a waste of time and resources for the state judicial system. He also said:

“The Liberty Counsel has filed a frivolous lawsuit that confuses religious liberty with license to abuse LGBT youth. The claim is without merit, relies on perpetuating junk science, and is in defense of a fraudulent product. With evidence and facts on our side, the Liberty Counsel is wasting time and money — similar to the clients of ex-gay therapists.”

A legal challenge surrounding a similar law in California is still currently in the courts. While the law was set to go into effect on January 1st of this year, it is currently pending until after the  9th U.S. Circuit Court of Appeals issues its decision. It is worth noting, however, that this is the same court that issued the decision that stuck down Proposition 8.