REAL Women of Canada, a conservative women's group, is blasting Canadian Foreign Affairs Minister John Baird for speaking out and working against anti-gay laws in Russia, saying his actions are "highly offensive" to taxpayers. 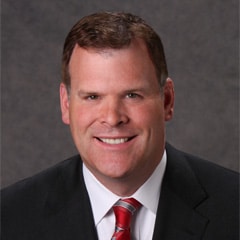 Baird revealed last week that Canada has been working for months trying to convince Russia not to implement the law. In an interview with The Canadian Press, Baird said the “mean-spirited and hateful law” is an “incitement to intolerance.”
“And intolerance and hate breed violence,” Baird said, noting that Canada was “deeply disturbed, deeply concerned” about the controversial legislation that has sparked protests.

But Landolt suggested Baird was meddling when he raised such concerns.

“It really is offensive,” Landolt said Wednesday. “The issue is really why is he interfering in a sovereign country’s legislation? He really has no business to do that.

“I don’t want other countries to get what we have here where people’s religious values and traditional values are being pushed aside and giving homosexuals priority,” she said.

“According to Mr. Baird it’s a protection of human rights but it’s not universally accepted. It’s not a Canadian value,” she said. 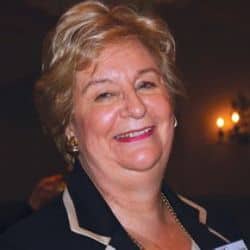 Wrote REAL Women of Canada in a release:

Last week, Baird admitted working extensively behind the scenes to prevent Russia from passing legislation designated to protect Russian minors from homosexual propaganda.  Baird blasted these laws as hateful, anti-gay and intolerant.  Russia has also restricted foreign adoption of Russian children after incidents of horrendous child abuse; for example, adoptive “fathers” in Australia together with other men, sexually abused a 6 year old boy, starting at 22 months of age, born of a Russian surrogate mother.

It is a fact, that homosexual activists in Canada are intolerant of any resistance to their demands, and, as such have become a tyrannical minority.

Conscientious objections based on religion and traditional values have led, in Canada, to public officials, educators and business owners facing heavy fines and lengthy court battles for rejecting the homosexual lifestyle.  This is not democracy.  It is not equality.

This is the strange, intolerant world Mr. Baird wishes to impose on sovereign countries, despite their own cultures and religion which find this unreasonable and unacceptable.

Gwendolyn Landolt (pictured), National Vice-President, stated, “Just who does John Baird think he is, using taxpayers’ money to promote his own personal agenda and endeavouring to set standards of the laws of foreign countries?  He argues that homosexual rights are a ‘Canadian value’, but this applies only to himself and his fellow activists and the left-wing elitists.  These are not conservative values and that of grass roots Canadians, who after all, pay the bulk of the taxes”.

Mr. Baird’s actions are highly offensive to conservative taxpayers.  He cannot and must not undermine other countries’ sovereignty and dignity, rooted in stable family structures and religious faith, in order to impose his own value system on them.

Mr. Baird’s actions are destructive to the conservative base in Canada and causing collateral damage to his party.

The group also blasted Baird for speaking out and sending funding to defend against anti-gay atrocities in Uganda and Kenya.