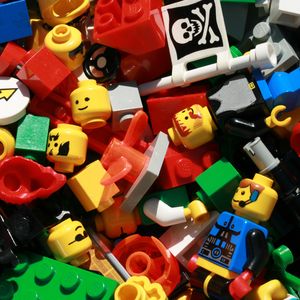 California Governor Jerry Brown's recent decision to sign landmark protections for trans public school students into law has already prompted negative reactions from opponents. Said opponents, when expressing their distaste for the new law, often repeat a line that's existed in the anti-LGBT playbook for years: "How do I explain it to my children?"

Thanks to Beth Kohm's recent column for HuffPost Gay Voices, we now have an answer to give them, straight from the mouth of her six-year-old son, Joshua. She describes the incident where she was first forced to breach the subject with him:

"About six months ago… [he] walked into our room while my husband Bob and I were watching a show in which the word "transgender" came up. He asked, "Mom, what is 'transgender'?" For a moment I hesitated over how to respond. In my work persona, I still worry that I might use the wrong pronouns or just generally not get it right on trans issues and unintentionally hurt some great people. Should I quote the American Academy of Pediatrics research? Should I cite resources from PFLAG and Gender Spectrum?"

Of course, Kohm did what any parent is likely to do when cornered with an awkward and potentially uncomfortable question, she did her best to explain the situation in as honest and age-appropriate a manner as possible. She also added, for good measure, that the issue of transgenderism is so complex and nuanced that it even proves difficult for many adults to understand. Joshua's subsequent response took Kohm by surprise: "No, it isn't, Mom. It is just like my Lego Ninjagos when I put the male heads on the female bodies. No biggie. Can I have a cookie?" She says that the entire conversation lasted a grand total of three minutes. 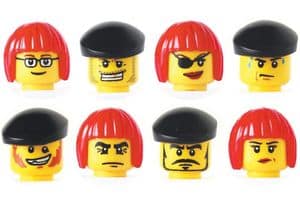 Joshua's quick and easy grasp of the concept got her thinking. Perhaps, when people ask the question "how do I explain transgenderism/homosexuality/etc to my kids," they're really wondering how to explain it to themselves.

"I get it. For most of us grownups, gender identity is new territory — but so are many things these days. It is our responsibility as parents to process all the new that is out there and figure out how to apply our family values to the conversation. For us it was just another way to reinforce the value that we in our home place on respecting the fact that everyone is different."

"We all quickly learn that our kids model our responses; if you make an issue out of something, then they will too," she adds. "In this case, I can't help but think that adults should start learning from kids."

Perhaps someone could use Joshua's Lego analogy to help explain the concept of transgenderism to the hosts at Fox News, who apparently cannot wrap their minds around the concept.