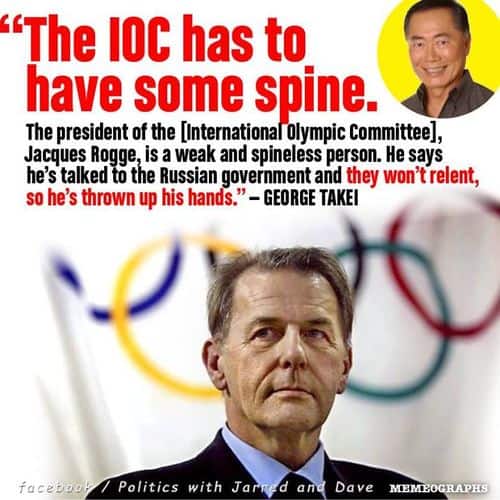 George Takei joined Ari Rabin-Havt, host of The Agenda on SiriusXM Progress, to discuss the controversy over Putin's threat to prosecute gay athletes at the 2014 Russian Winter Olympics, and called Jacques Rogge, the President of the International Olympic Committee, a "weak and spineless person" for not moving the Olympics.

Takei also said that he needed to have another talk with Donald Trump about the Miss Universe Pageant.