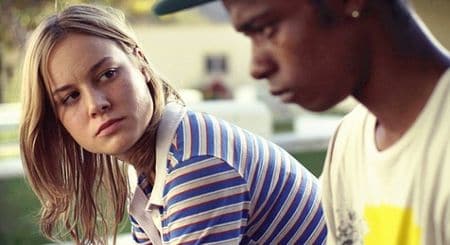 The movies that hit us hardest can be the toughest to talk about. Sometimes that's because they're personal, striking you right where you live. Sometimes it's more intangible than that, showing you something you needed to see about a less familiar world just to the side of your own, while never forgetting to move and entertain you. SHORT TERM 12 will surely be one of those movies for many, either way.

This rich drama from the Hawaiian filmmaker Destin Cretton, is based on his short film of the same name and concerns a very private young woman named Grace (Brie Larson) the supervisor at a Foster Care facility. Grace is an expert at navigating the emotional chaos of the kids she watches over but less adept at meeting her own emotional needs or opening up to her friends and co-workers about her own secrets. She's got at least two of them weighing her down.

SHORT TERM 12 refers to the setting, a temporary shelter for troubled or abandoned kids as they await their next foster home assignment. I have no personal experience with the foster care system or abusive birth parents or mentoring kids — Hell, I was never even a babysitter (Youngest Child Escape Clause) — but within minutes the foreignness of it all slips away. 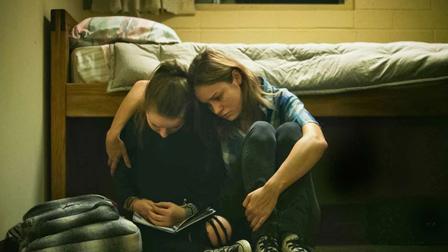 What remains is a highly specific world that's always relatably human. Everything feels bracingly authentic from the messy communal spaces, to the cramped offices and empty dorm rooms with cherished mementos from frequently uprooted lives occasionally spotted clinging pathetically to otherwise blank walls. Crucially, the ensemble acting is equally convincing. Brie Larson anchors the movie with a completely organic portrait of both internal damage and innate empathy but this is the rare movie in which even the smallest of roles feels vibrantly connected to the same beating heart. 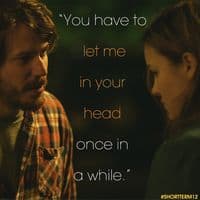 It's an old narrative trick to use a newbie to any unfamiliar world as the audience surrogate which is what happens here. Short Term 12's new employee Nate (Rami Malek) fills that role as he learns the ropes from Mason (John Gallagher Jr) who is secretly dating Grace. But when Nate memorably slips up in an early scene, condescendingly referring to the young wary eyes staring up at him as "underprivileged kids", the role transcends its cliched purpose, and sticks a finger in your own eye if you've been feeling even the least bit proud or superior about your own liberal outreach in caring about these castoffs (or by extension tiny indie movies).The screenplay performs a similar trick with bookend scenes about a rambunctious redhead kid who loves toy animals and who's always trying to escape the building. The scenes are baldly obvious in their structural purpose but no less moving for it, and thrilling in their wild-child abandon.

At every point in its multi-character narrative Short Term 12 seems to be walking on a highwire without a net over huge twin pits of cheap sentiment or  needlessly brutal emotional nihilism (these are abused children we're focusing on, and the film doesn't pretend otherwise). But the movie miraculously never falls from its daring perch. if anything it races back and forth across the tightrope, on bike, bus or foot, all while juggling short cathartic bits of character comedy, a open wounded heart, bureaucratic rage, and on a more basic movie level the triumph and discovery of coming of age or into one's own. I cried my eyes out at least twice but by the end I'd reach a kind of clear-eyed movie nirvana and left the screening exhilarated. I hereby vow to stop using the phrase "miniature gem" in connection to great films that just happen to be crafted on a smaller scale than what Hollywood has conditioned us to think of when we think of the movies. A gem is a gem is a gem. To Hollywood size matters but how do you measure the size of a movie's heart or its insights into human nature? 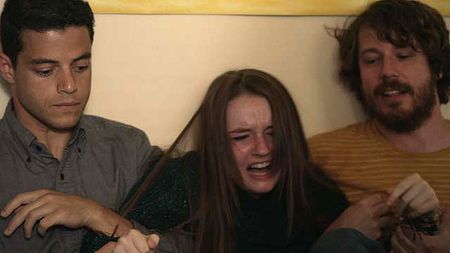 Awards-Niche Targeting: Brie Larson deserves to be in the Best Actress conversation and if there's any justice in awards-land, the Screenplay will also find Oscar traction.

Crazy-Eyed Threat: Don't make me find you, buy your ticket, and personally drive you to see Short Term 12 because… I will!

Guilt-Trip: if you pass on perfectly sculpted human-sized movies like Short Term 12 in the theater, movie culture will be reduced to one endless loop of "who will play Batman next?" and nobody needs that!

But in the end, the best reason to see Short Term 12 is not that it makes the most of what little it's got, or that its leading lady proves again that she's one of the most gifted of her generation, or even that we need more movies like it since the cinema has abdicated storytelling about the nonfamous and superpowerless to television. Forget all that. The best reason to see it is as simple as the first: it's legitimately wonderful. You'll love it. 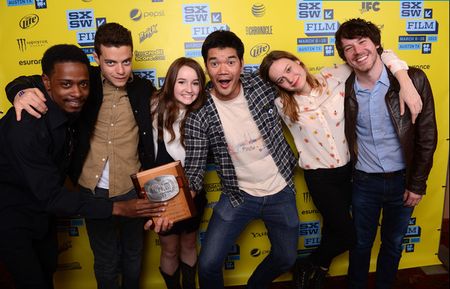