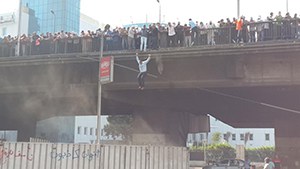 On-again, off-again: Beyonce and her hair have gotten back together.

Straight Iowan couple pulls out of wedding venue because the venue turned away a gay couple on the grounds that "gay marriage is inferior to heterosexual marriage."

As the crisis in Egypt continues to worsen, protestors jump off a bridge in an attempt to flee from the Egyptian military forces.

George W. Bush's daughter, Barbara, wants Hillary Clinton to run for President but wouldn't necessarily vote for her: "I don't know who she'd be running against."

War of the Roses redux? Battle ensues over the recently discovered remains of Richard III.

Blind item: is a major actor preparing to come out or just head back to the closet? 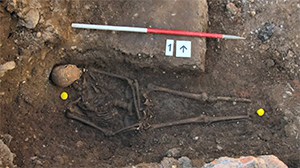 Former French First Lady Carla Bruni talks about what it was like meeting the English royal family: "It was an incredible experience. It was very — how can I say? —
exceptional, you know. What happens with the royal family is that
they're so kind, you know, and they make you at ease. They make you feel
comfortable. So it wasn't difficult; it was a wonderful experience.
I'll never forget."

Is this the beginning of a meme?

As any socialite worth her salt knows, it's stressful hosting a fundraiser for President Obama.

Darren Young opens up to wrestling.org saying he's "deeply in love" with his boyfriend of two years who was apparently a motivating factor in his decision to come out yesterday.

The NSA broke privacy rules 2,776 times: "Most of the infractions involve unauthorized surveillance of Americans
or foreign intelligence targets in the United States, both of which are
restricted by statute and executive order. They range from significant
violations of law to typographical errors that resulted in unintended
interception of U.S. e-mails and telephone calls."

Julia Child would have been 100 yesterday. PBS gives her the remix treatment in honor of her centennial. 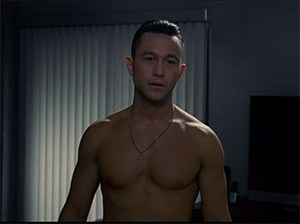 A defense of gay stereotypes.

Glee tribute episode to Cory Monteith will not touch on drug abuse. Creator Ryan Murphy felt it would be "really exploitative."

On a related note, the trailer for Monteith's final film McCanick has been released. The film will debut in September at the Toronto International Film Festival.

Katy Perry blasts Tony Abbott, quite possibly the next Australian Prime Minister, on live radio show because of his lack of support for gay marriage: "Let's talk about gay marriage," she said. "Yeah, buddy, that's right. Love is equal." A host then explains that Abbott is against gay marriage. "I love you as a human being, but I can't give you my vote then,"
Perry added. "I just don't believe in your policies so that's what a lot
of people should be doing."