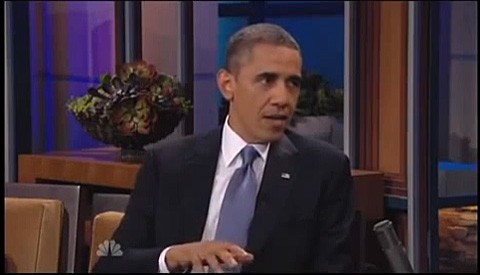 President Obama appeared on The Tonight Show with Jay Leno last night and offered a broad interview on a number of current topics, one of which was the current situation with Russia. After a discussion of the Edward Snowden NSA case, Leno expressed his dismay at Russia’s anti-gay laws, and wondered why it isn’t a bigger story? 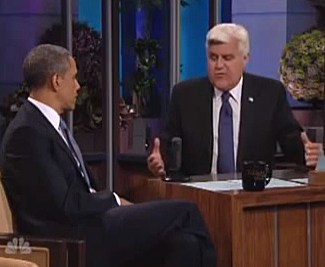 “I’ve been very clear that when it comes to universal rights, when it comes to people’s basic freedoms, that whether you are discriminating on the basis of race, religion, gender, or sexual orientation, you are violating the basic morality that should transcend every country, and I have no patience for countries that try to treat gays or lesbians or transgender persons in ways that intimidate them or are harmful to them.”

Obama then brought up the situations he encountered on his recent trip to Africa:

“What’s happening in Russia is not unique. When I traveled to Africa there were some countries that are doing a lot of good things for their people, who we’re working with and helping on development issues but in some cases have persecuted gays and lesbians and it makes for some uncomfortable press conferences sometimes but one of the things that I think is very important for me to speak out on is making sure that people are treated fairly and justly because that’s what we stand for and I believe that’s not a preset that’s not just unique to America but should apply everywhere.”

When Leno asked him if it would affect the Olympics, Obama replied:

“I think Putin and Russia have a big stake in making sure that the Olympics work, and I think that they understand that for most of the countries that participate in the Olympics we wouldn’t tolerate gays and lesbians being treated differently. They are athletes. They are there to compete. If Russia wants to uphold the Olympic spirit, then every judgment should be made on the track or in the swimming pool or on the balance beam and people’s sexual orientation shouldn’t have anything to do with it.”