Olympic champion diver Greg Louganis spoke with USA Today about the controversy over gay athletes and the Sochi 2014 Winter Olympics as he prepared to be inducted into the new National Gay & Lesbian Sports Hall of Fame in Chicago on Friday. 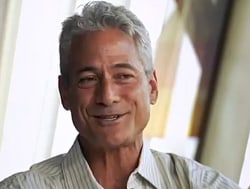 "I can't begin to imagine what it must be like for a gay athlete in Russia. It was hard enough to compete closeted representing the United States, a country that is considerably evolved on LGBT rights. It is unfathomable to consider what it's like for the Russian athlete – knowing that if you were to come out you could lose everything you've worked your entire life to achieve and then on top of that to be considered a criminal. It is both heartbreaking and heinous."

Louganis also said he hopes Putin and Russia will treat the gay community with "the dignity and respect the deserve."

Louganis' statement come as Russian Sports Minister Vitaly Murko warned that athletes and visitors to Russia during the Sochi Games will not be given any special exemptions from the nation's anti-gay propaganda laws, despite assurances from the International Olympic Committee that this isn't the case.