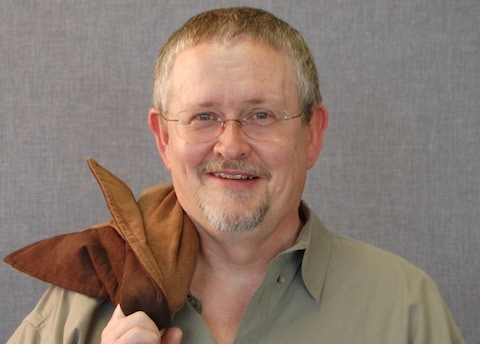 Deciding to take a break from being a homophobic loony, the Ender's Game author is in the media for being a racist loony. In Orson Scott Card's own words:

Obama will put a thin veneer of training and military structure on urban gangs, and send them out to channel their violence against Obama's enemies.

Instead of doing drive-by shootings in their own neighborhoods, these young thugs will do beatings and murders of people "trying to escape" — people who all seem to be leaders and members of groups that oppose Obama.

"Urban gangs" and "inner-city" have long been dog whistles for "black people" among racist conservatives. Though Card mentions in his essay that he's engaging in an "experiment of fictional thinking", it's telling that he regards his paranoid political fantasy about Obama being in charge forever with a personal gang army as plausible, even though it is nothing of the sort.