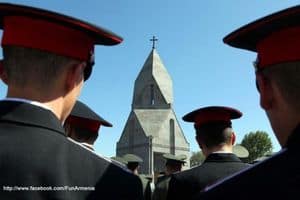 While public and international outrage surrounding Russia's institutionalized homophobia doesn't seem to faze president Vladimir Putin, or any other member of the Russian government, human right activists still have reason to celebrate. Thanks to an unexpected victory in Armenia, we now have evidence that the boycotts, demonstrations, and protests have not been entirely in vain.

Late last week, the national police withdrew a bill it had previously submitted to the Armenian government, banning any public promotion of “non-traditional sexual relationships”. Sound familiar at all? While authorities has claimed that they did not wish to intentionally terget any sexual minorities, they nevertheless felt a desire to protect “the model of the traditional Armenian family” against “phenomena alien to national Armenian mentality.”

"Ashot Aharonian, a police spokesman, insisted that the bill was not withdrawn under domestic or foreign pressure. He said the Armenian police chief, Vladimir Gasparian, ordered its removal from the agenda because of its “shortcomings” exposed by critics and the fact that the issue is not a top priority for the police at the moment." 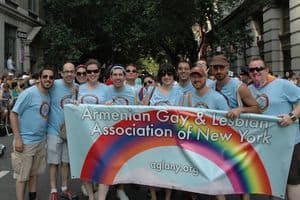 Mamikon Hovsepian, the head of PINK Armenia, remains unconvinced, saying that "This is definitely the shadow of Russia. We live in Russia’s shadow." Another campaigner, Sevak Kirakosian, speculates that "the police are trying to improve their reputation in the people’s eyes."

Despite the bill's withdrawal, many in Armenia support the idea of some sort of ban on public displays of homosexuality. One such group is the Armenian Organization for Constitutional Rights Defense, who insist that laws such as the one in Russia do not infringe upon people's human rights. “Nobody wants to prevent anybody from having such a lifestyle,” it said in a statement. “But there are many people who do not want this lifestyle to be imposed on them and their children watching television.”

Armenia was one of the many former-Soviet nations to decriminalize homosexuality in the 1990's. Unfortunately, not many legal protections exist at all for LGBT people in the Eastern-European nation, which also possesses a rather LGBT-intolerant culture.