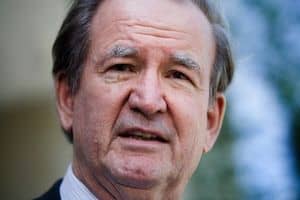 Only yesterday, homosexual sodomy, which Thomas Jefferson said should be treated like rape, was outlawed in many states and same-sex marriage was regarded as an absurdity. Was that America we grew up in really like Nazi Germany? In the Catholic schools this writer attended, pornography – let alone homosexual propaganda – would get one expelled.

Nevermind that the American government is not a theocracy, Jefferson wasn't a homophobe, many of our founding fathers were fine with slavery and treating black people like property, and despite both beginning with "p", pornogrophy and propaganda are not the same thing.

If you can stomach it, Buchanan's full piece is available to read HERE.