Yesterday, the House of Delegates from the American Bar Association unanimously voted in favor of a resolution “urging federal, state, local and territorial governments to pass legislation curtailing the availability and effectiveness of the use of 'gay panic' and 'trans panic' defenses by criminal defendants.” 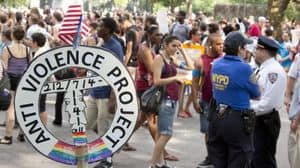 The infamous "gay panic" and "trans panic" defenses dictate that unwanted sexual advances from LGBT people can make straight guys go temporarily insane and become murderous. They are commonly invoked in courtrooms as a way to justify violence against LGBT people. In fact, "gay panic" is currently being used to justify the dragging, beating and buring death of openly gay Clarksdale, Mississippi mayoral candidate Marco McMillian earlier this year.

"Such defenses…" are “surprisingly long-lived historical artifacts” from a time when widespread antipathy was the norm. Kemnitz added that these defenses represent “the notion that LGBT lives are worth less than other lives." 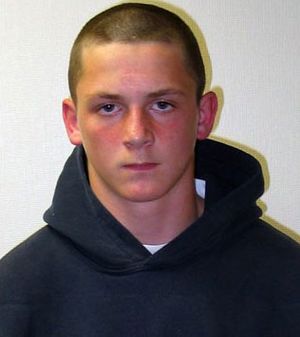 While “gay panic” is not officially recognized as a legal defense (falling rather under the umbrella of "temporary insanity" or "diminished capacity"), law professor Cynthia Lee wrote in a 2008 UC Berkeley Law School Review article:

“There is no question that when murder defendants argue gay panic, they seek to tap into deep-seated biases against and stereotypes about gay men as deviant sexual predators who pose a threat to innocent young heterosexual males."

As a result, it makes sense that disfavor with "gay panic" has occurred with greater acceptance of LGBT people in the U.S. overall.

While the use of such defenses may outrage LGBT spectators of hate crimes cases, in a recent interview with Buzzfeed, David McConnell — a gay panic researcher who authored American Honor Killings: Desire and Rage Among Men — said that the defenses don't often work:

"… a legal defense, 'gay panic' doesn’t work. People think it used to be more successful. Historically, in the case of serious crimes like murder and assault, 'gay panic' has never worked. Roman Navarro was murdered in 1965, and his two killers were young hustlers who tried, explicitly, a 'gay panic' defense. No one believed them. So the real issue is that when we say 'gay panic,' we put the focus on the group that’s been victimized and not on the source of the violence… and that’s what we really need to talk about.

Indeed. The 'gay panic' defense was also used by Brandon McInerney (pictured above) to justify shooting openly gay, 14-year-old student Lawrence King twice in the head with a .22-caliber handgun while his 24 classmates watched on. McInerney recieved 21 years in prison for the second-degree 2008 murder, despite his "panicked" plea.