Opera and LGBT rights supporters are calling on the Metropolitan Opera to dedicate its opening night GALA performance of Tchaikovsky's Eugene Onegin to the support of LGBT people, the NYT reports: 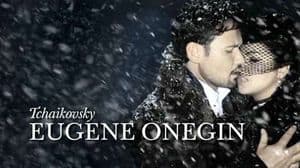 The long-planned new production of “Eugene Onegin,” which will open the Met season on Sept. 23, is to be conducted by Valery Gergiev, the artistic director of the Mariinsky Theater in St. Petersburg and one of the foremost interpreters of the Russian repertory, and to star Anna Netrebko, the popular Russian diva, who will be opening the Met’s season for the third year in a row. Both were vocal supporters of the 2012 campaign of President Vladimir V. Putin of Russia, who in June signed the law banning “propaganda on nontraditional sexual relationships.”

An online petition, referring to what the organizer calls “Putin’s recent laws against homosexual people and those who support them” and to Tchaikovsky’s suffering because of his homosexuality, is calling on the Met to dedicate its Russian-theme opening night to the support of lesbian, gay, bisexual and transgendered people. “I’m not asking them to be against anybody,” said Andrew Rudin, the composer who started the petition. “I’m asking them to be for somebody.”