Igor Ananskikh, deputy chairman of the State Duma's Physical Culture, Sport and Youth Policy Committee, is contradicting recent claims by Russian Sports Minister Vitaly Mutko that athletes and visitors to the Sochi Olympics will not be given any special exemptions from the country's oppressive anti-gay laws, Interfax reports: 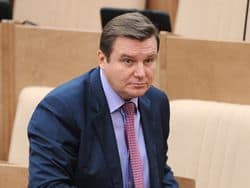 Russia's new law that imposes heavy fines for providing information about homosexuality to people under 18 will not apply to the guests and athletes participating in the 2014 Winter Olympic Games on Sochi, Igor Ananskikh, deputy chairman of the State Duma's Physical Culture, Sport and Youth Policy Committee, told Interfax on Friday.

"The Olympic Games is a major international event. We need to be as polite and tolerant as possible. That is why a decision has been made not to raise this issue during the Olympics," he said.

The Russian government's decision not to apply the requirements of this law to the event's guests and participants is "totally logical and correct," he added.

"Russia plans to host large international competitions in the future. The atmosphere at them must be as safe and polite as possible," Ananskikh said.

Regardless of Ananskikh's statements, the spotlight has now been turned on Russia's heinous human rights abuses against LGBT people and will not fade anytime before Sochi.